A fresh take on an
old model, powerfully simple.

ISMS Solutions is the only management consulting firm that employs a holistic, organized approach to addressing governance, risk management, and compliance (GRC) strategy and implementation. The ISMS Solutions team of compliance experts collaborate with clients to customize, implement and automate standards and processes that meet or exceed international certification standards set by many of the standard organizations. With our proprietary SaaS platform, Conformance Works, clients can easily and seamlessly manage customized risk and compliance initiatives across their organizations, as well as their vendors and other associated companies.

Here is a snapshot of what sets ISMS Solutions apart from the crowd:

ISMS Solutions provides a complete array for standards services in addition to certification including: assessments, certifications, audits and training.

Whether you're a Fortune 100 company or a small business, ISMS Solutions can help your organization achieve security and service objectives. Because there is no one-size-fits-all approach, our goal is to understand your objectives and meet those objectives in the fastest time possible at an affordable price.
Meet Our Team 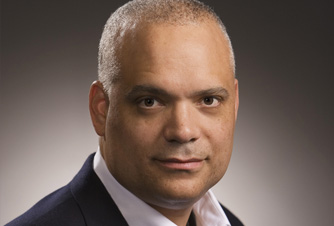 In addition to being a member of ISMS Solutions, LLC, Tony has had an extensive career in the data, information and digital advertising industries. He is a member of ASC Partners, LLC, a Maryland based company which owns, manages and services a wide variety of information assets in the government, financial and media transcription and information sectors. ASC was founded in 2004 after the sale of FDCH to Congressional Quarterly now CQRC and works cooperatively with many leading information platforms and publishers to maximize overall value for their digital assets. Tony is also a founder of BBN Networks, LLC - a business to business oriented online ad network - which sold its assets to Madison Logic in 2015 and a member of Data Licensing, LLC, a Maryland company devoted to the licensing of various forms of digital data to the online marketplace. Tony's education includes graduating from Harvard College, Harvard Law School and Law Clerk for US District Court for the Northern District of Alabama. 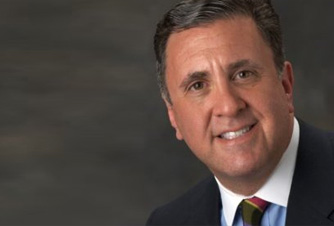 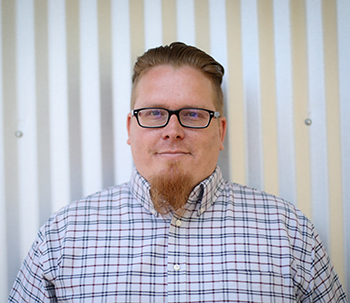 Prior she was Head of Digital Sales and Strategy at Conde Nast and founder of CatalystDesk, Condé Nast’s digital media trading platform. Gombert joined Condé Nast in March 2013 from Google by way of Admeld, where she ran the trading desk, agency, and demand-side platform relationships and helped grow Real Time Bidding from an idea to a killer business.

Prior to Admeld, Gombert worked at Right Media, the first online advertising exchange, where she focused on ad selection algorithms and market dynamics. Right Media was acquired by Yahoo in 2007. Her early career included stints with Nielsen, DoubleClick, and the finance world with JP Morgan Chase and Commerzbank. Advertising has allowed her to travel the world, and she has experience in international markets, including EMEA, APAC, and Latin America.

Gombert is also very active in the start-up community in NYC. She enjoys advising start-ups, angel investing, and is a proud board member of a number of startups as well as NJIT's Board of Visitors.

Terry is Global CEO of Kantar Media Ad Intelligence and a veteran in the media information and marketing research businesses. His career has focused on managing the operational and cultural transformations of dozens of companies and his achievements include successfully executing merger and acquisitions, and corporate expansion activities at companies ranging from start-ups to complex, international organizations.

Having started his career at Dun and Bradstreet, Kent moved to VNU in 1986 where he held a variety of executive-level positions and established a successful track record re-engineering and integrating VNU assets. Kent was one of the members of VNU’s original, five-person acquisition team in the US, leading operations and technology. During the mid-90’s, he held several key leadership roles there, including President and Group President/Chairman positions.

Kent joined TNS Media in 2008 as the Digital Development Director, leading strategic initiatives and business development in the domain of new media/mobile. In 2009, he was named Corporate Business Development Director for Kantar Media and later that year was appointed CEO, Kantar Media North America. In 2013, Kent was named Global CEO of the consolidated Ad Intelligence business at Kantar Media. Under his experienced leadership, Kantar Media is focused on providing outstanding data and insights that help clients make the most informed, efficient and effective marketing decisions.

Kent is a graduate of Lehigh University with a degree in science and engineering.

Andrew is a Global Head of Operations for Thomson Reuters’ Financial & Risk Business Unit, with expertise in Data Operations, Data Strategy, and Data Security. He has spent the past 15 years in the Financial Services industry, working in start-up, mid-size, and large global organizations. In 2001, Andrew was recruited to oversee the data operations of a suite of financial products for the startup firm Corporate Communications Broadcasting Network, Inc. (CCBN) After CCBN was acquired in 2005, Andrew Joined Thomson Financial to head up Data Operations and Strategy, and to expand Thomson Financial’s data content offerings to new global markets. After the merger of Thomson Financial and Reuters in 2008, Andrew joined the newly formed Thomson Reuters as a Senior Operations & Strategy Director in the Investment Management segment.

Andrew’s experience includes initiating, developing, and expanding Data Operations and Data Strategy roles in new markets. He has opened multiple data operational facilities across the U.S., U.K., and Asia, and directs senior operations staff in these regions. He works closely with financial institutions to identify the technical and data requirements necessary to integrate Thomson Reuters’ products within these client firms. His achievements are rooted in his focus on data integrity and data security in order to achieve client satisfaction and operational excellence.

Andrew is a graduate of Villanova University with a degree in Political Science.

Mihai Voicu is Chief Security Officer for Telit, where he is responsible for the overall security of products and services that Telit offers. He is focused on security features offered to customers, corporate infrastructure (production, data bases, vulnerabilities etc), vendors interface for security issues as well as regulatory and certification issues. Prior to this role, he was the Chief Information and Security Office for ILS Technology since 2010.

If you are looking for the ISMS Applications please click here